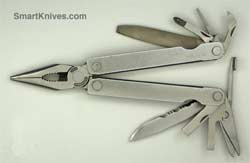 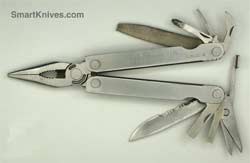 In 1998, the Leatherman PST II tool had a screwdriver overhaul. The original L-shaped tools used in 1997 and earlier were replaced by slightly lighter, tapered ones. The change happened gradually, so there are transitional tools with just one L-shaped screwdriver. The tapered screwdrivers then remained in use during 1999 and subsequent years.